Christine Ruth Brown (née Allred) (born April 18, 1972) was the third wife of Kody Brown. They have six children together.

Christine Ruth Allred was born on April 18, 1972, to Rex Allred and Ruthann LeBaron. Christine's parents were practicing polygamists at the time of her birth, but it is unknown how many other wives her father had or how many siblings she has.

Christine's grandfather, Rulon C. Allred, was the founder of the Apostolic United Brethren. She was raised in a wealthy family, and speaks well of her childhood as an adult. She claims her parents were perfect and exemplary polygamists who never fought.

Christine met Kody Brown in 1990 when he was chaperoning a youth wilderness trek, at which time she began getting to know him and his wife Meri. After a few years of forming a friendship, she decided she wanted to pursue a relationship. "I talked to my Dad first - he had wanted me to marry Kody for years, so he heartily agreed," she said of the beginning of their relationship. "Kody officially asked about me on Valentine's Day of 1994. That weekend he came to town with Janelle and we went out of our first date and he proposed."

Christine spiritually married Kody Brown on March 25, 1994. She was his third wife, coming after Meri and Janelle. Having been raised in polygamy, Christine was more than happy to be one of three wives.

"I wanted the family, I didn't just want the man," she says in the introduction to her family's reality show.

They announced their split on November 2, 2021.

Mykelti married Antonio "Tony" Padron on December 17, 2016. Christine was not originally a fan of the engagement. Tony joined the family on a vacation prior to the wedding, which Christine saw as a way to put her doubts to rest. "I'm hoping that it's going to put closure to any doubt that I have about Tony," she said of the trip. "That's horrible to say, I know - our relationship is a little bit awkward. I feel excessively bad for it, I really do, and I'm sorry for the strain it's put on mine and Mykelti's relationship, and certainly mine and Tony's relationship. But I wouldn't change it. I love Mykelti, and I want to see her loved and appreciated and respected, and I want to see her in a good marriage." Christine eventually came to accept the union.

Kody was legally married to Meri Barber on April 21, 1990. They got divorced in September, 2014, but remain spiritually married.

Kody was spiritually married to Janelle Schriever on January 20, 1993.

Kody spiritually married Robyn Sullivan on May 22, 2010. They were legally married in December, 2014, in order for Kody to adopt Robyn's three children. 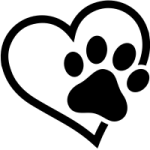